It turns out the cats aren't evil at all and I've made a new friend named mousie. Mousie doesn't talk much, but she's very cuddly. 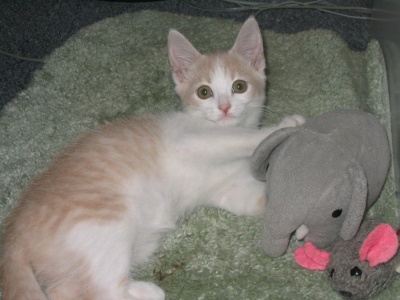 Tell the other zous not to worry, I'm having a great time.

Posted by Zoupi at 01:28 AM
I'm starting to worry about Zoupi

Zoupi has been gone for a long time. Kristen and the Distal Zou haven't said anything about him to me, and we haven't received any mail from him at all. He almost always sends a post card, and I'm starting to wonder if maybe something happened to him.

I've heard that there are evil cats where he's staying, but I haven't told the other zous yet because I don't want them to worry.